We Are Active Within Our Community

Eagle's Nest scholars join with other schools to pass out water to the community.

Our Field Trip to Formar

Learning should be fun!

We put great value and emphasis on character development at Eagle's Nest. We undestand that helping shape our students' character now, will contribute to their prosperity in the future.

We are dedicated to equipping your child with superior knowledge, and the skill to apply it, preparing our students for a bright and prosperous future.

We believe it is beneficial to begin equipping our children with economic literacy in order to promote their success in the multitude of economic decisions they will face in their future. 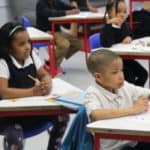 We promote a healthy learning environment for our students that encourages an interactive learning experience. We believe that a hands-on approach to learning supports, and solidifies concepts. 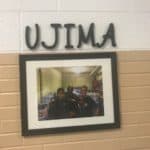 We believe in the empowerment that comes from the knowledge of our history and culture, which is why we promote the Nguzo Saba principles at Eagle’s Nest. 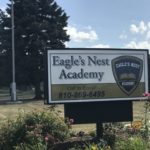 We are a team of highly trained teachers and support staff who stand ready to provide your child with a superior education that will prepare them for college and lead to gainful careers utilizing 21st Century STEM technology and curriculum.

Karen Williams Weaver is an American politician who was the mayor of Flint, Michigan from 2015 to 2019. She was the first female mayor of the city.

In her time as mayor, Weaver twice visited the White House and met U.S. Presidents Barack Obama and Donald Trump. She oversaw the city's role in the recovery from the ongoing Flint water crisis, the most dominant issue during her tenure as mayor.

Share on FacebookShare on TwitterShare on Linked InShare by Email

Neeley retired after working for 27 years as a broadcast technician on WJRT-TV in Flint and remains the Union President of the National Association of Broadcast Employees and Technicians. ] On November 5, 2019, Neeley was elected mayor of Flint, defeating incumbent candidate Karen Weaver. On November 11, 2019, Neeley was sworn in as the 94th mayor of Flint, naming transparency as his number one priority in this new position. On the same day, Neeley resigned from his seat in the Michigan House of Representatives. His wife, Cynthia, was elected to his former seat on March 10, 2020.
#enastrong #soaringscholars #BlackHistoryMonth ... See MoreSee Less

Share on FacebookShare on TwitterShare on Linked InShare by Email